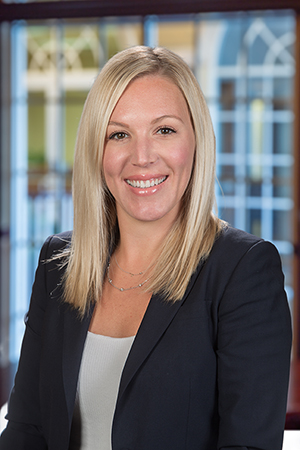 Natalie was born in New York City. She earned her undergraduate degree in Government, with a minor in English, from Hamilton College after which she worked as a paralegal in the Commercial Real Estate Structured Finance group at Thelen, Reid, Brown, Raysman & Steiner, LLP in New York. In 2010, she earned her law degree from the University of Miami College of Law.

Upon graduating from law school, Natalie worked as an Assistant Public Defender at the Miami-Dade County Public Defender’s office, where she was mentored by some of the most respected criminal defense and appellate attorneys in the country. She gained experience in trial and appellate litigation, depositions, rules of evidence, cross-examination and jury selection.

In 2013, Natalie and her husband moved to Orlando where she joined Hall, Schieffelin & Smith, P.A. She was named Partner in 2022. Her practice is devoted primarily to medical malpractice litigation. Natalie enjoys family time with her husband, John, and her son, Jack, in addition to running and being a foodie.